Skip to content
Home » Blog » Is Law School A Good Investment In 2016? 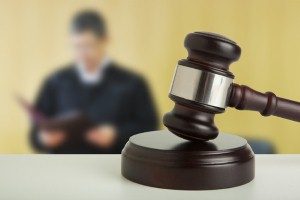 Law school was, for as long as anyone could remember, one of the most solid, dependable career investments possible. But when the financial crisis of 2008 hit, lawyers found for the first time that a recession could hit them just as hard as other industries and professions. In the years following 2008, many attorneys were laid off, salaries stopped growing and many law schools saw their enrollments fall, as potential students became nervous about investing years of their lives to get into what looked like a shrinking profession.

Brighter Days
Fast forward to this year, and it appears that prospects are getting better for law school graduates – at least, some law school graduates. The New York Times reports that major New York law firm Cravath, Swaine & Moore has recently bumped first-year salaries from $160,000 to $180,000. Other firms have followed suit.

But before your eyes light up over those salary numbers, be aware that The Times estimates that only 17 per cent of law school graduates end up with salaries in this range. They are the graduates of Princeton, Harvard or other top schools, or the very top of class graduates of slightly less prestigious schools. Half of all law school graduates apparently earn salaries in a range from $40,000 to $60,000, not a major windfall when the cost of a law degree at even a state university can easily exceed $50,000.

Two pieces of good news cited by The Times:

Find schools and get information on the program that’s right for you.